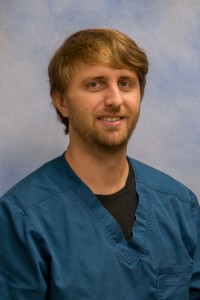 Breck Richardson
Dr. Richardson grew up in Kosciusko Mississippi and graduated from Kosciusko High school. He attended Holmes CC and Mississippi College where he graduated with a degree in biology. He earned his medical degree at the University of Mississippi Medical Center. After medical school he completed a pediatrics residency at the University of Arkansas. He has been selected as a member of the Gold Humanism Honor Society, HEADWAE Scholar and USA Today Academic All-American Team. He is board certified by the American Board of Pediatrics and a member of the American Academy of Pediatrics.Dr. Breck joined premier medical group in 2012 and has been practicing as a pediatrician since that time, seeing patients from birth through 21 years old. He sees plenty of patients for their wellness visits and management of chronic conditions but the majority of his appointment slots are used for same-day acute care. He usually takes one week out of the summer to serve as the camp doctor at Twin Lakes Camp in Florence MS.Dr. Richardson and his wife Laura live in Kosciusko with their sons Jack and Parker, and daughters Ann Harper and Karis. He is a deacon and a Sunday school teacher at First Baptist Church Kosciusko. In his free time he enjoys spending time with friends and family, traveling, watching football, and playing basketball. 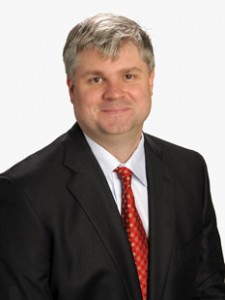 Born and raised in Grenada, MS, Dr. Crowder attended Millsaps College where he graduated magna cum laude with a degree in biology. He attended medical school at the University of Mississippi, pursuing training in internal medicine and cardiology. Finally, Dr. Crowder underwent a year of additional training in advanced interventional cardiology techniques at the Medical University of South Carolina. There he trained with national leaders in the interventional cardiology community with an emphasis on atrial septal defect/patent foramen ovale repair as well as techniques for treatment of hypertrophic cardiomyopathy.
Currently, he is the assistant program director for the University of Mississippi Medical Center’s interventional cardiology. He is active in multi-center research trials, staying at the forefront of medical technology.
Dr. Crowder is board certified in internal medicine, cardiovascular disease, and interventional cardiology. His memberships include the Mississippi State Medical Association, the American Medical Association, and the American College of Cardiology. He is a fellow of the College of Cardiology. He has been active in the medical community and is a past member of the board of trustees of the state medical association.
He attends St. Richard’s Church with his wife, Kimberly. When he is not working, he enjoys reading and playing music. He is an accomplished pianist and works with his father on various record projects.

Michael Holman
Dr. Holman is a native Mississippian having grown up in Clinton, MS. His family relocated to Nacogdoches, TX in early 1980’s which is where he graduated high school in 1987. He returned to MS to attend Belhaven College majoring in biology. While at Belhaven, he was a student leader for RUF (reformed university fellowship), worked in research lab at UMC, worked at an inner-city clinic in Jackson, and played intramural basketball and soccer. He attended
Medical school at University of MS Medical Center from 1991 to 1995, during which he began his Army commission. One summer was spent in physiology research and one summer was spent in Officer Basic Course in San Antonio, TX.
Deciding on Family Practice, he trained at university of TX Health Science Center in Tyler, TX.
Upon completion of residency, he began his army career at Ft Sill, OK. There was a busy practice of delivering babies to taking care of newborns to treating retirees. He received extra training in the treatment of chemical agent casualties; he attained the rank of major before leaving the army for civilian practice.
Crystal Springs, MS, was home from 2001 to 2004, and that is when he came to join Kosciusko Medical Clinic. With a special interest in treating orthopedic and sports injuries, he sees all ages. He is on staff at Baptist Medical Center-Attala and is medical director for Kosciusko Group Home.
Dr Holman married Angie in 1992; they enjoy cycling together. They have 4 children. Michael Jr will enter med school in fall of 2018. Nathan is a Junior at MSU and sister AbigaIl is a freshman. Emi is a high school senior. 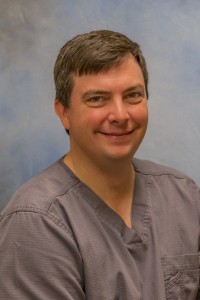 R. Greg Browning, M.D.
Dr. Browning was born and raised in Kosciusko, Mississippi. He earned his Bachelor of Science and Medical Degree from the University of Mississippi. He completed his Family Medicine Residency at University of Tennessee College of Medicine in Chattanooga, Tennessee.
Board certified by the American Board of Family Medicine, Dr. Browning is a member of the Mississippi State Medical Association, the Mississippi Academy of Family Physicians, and the American Academy of Family Physicians. He was been a partner in Premier Medical Group since 2014.
Dr. Browning’s professional focus is urgent care and occupational health medicine. He is a certified Medical Review Officer and holds ATLS, ACLS, and PALS certifications. Dr. Browning serves as the medical director of Hispaniola Mountain Ministries, an organization committed to serving and sharing the gospel in Haiti and Dominican Republic. He also serves as a board member and volunteer physician for Shepherd’s Touch, a local clinic for uninsured patients.
Dr. Browning and his wife Carrie live in French Camp with their three daughters. He is an active member and deacon of French Camp Presbyterian Church. He enjoys hunting, playing golf and tennis, travel, and spending time with his friends and family. 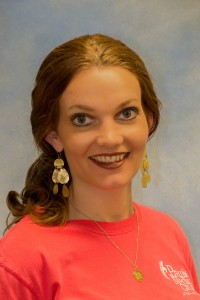 Kimberly C. Agent, NP-C
Mrs. Agent was born in Starkville, Mississippi and was raised in Carthage, MS. She graduated from Carthage High School in 1999. She earned her Associates Degree in Nursing from Hinds Community College in 2004. She received a Bachelor of Science in Nursing from University of Mississippi Medical Center in 2006. She completed the Master of Science in Nursing program at the University of Mississippi Medical Center in 2010.Board certified by the American Academy of Nurse Practitioners, Kim is a member of the Mississippi Nurses Association and the American Academy of Nurse Practitioners. She has been employed with Premier Medical Group since October of 2013 where her professional focus is primary care. Kim holds ACLS and CPR certification.

Kim and her husband Nick live in Carthage, MS. Nick is also employed with Premier Medical Group where he is a certified CT technician. They have one beautiful daughter, Sophie Rose. Kim enjoys spending time with her family and friends in her time away from work.

Tal Hendrix
Dr. Tal Hendrix of Capital Orthopaedic and Sports Medicine Center is a native of Jackson, MS. He is excited to serve the Kosciusko area and surrounding communities,
Dr. Hendrix attended high school at Jackson Prep and went on to play baseball and football at Millsaps College. He then attended medical school at The University of Mississippi Medical Center, and went on to complete an orthopedic residency program there.
Upon graduation, he and his family moved to Greenville, SC where he completed a fellowship in Sports Medicine, at the Steadman Hawkins Clinic of the Carolinas.
He and his family now live Jackson.

Dr. Bennett is practicing in association with the physicians at Starkville Clinic for Women. Her office hours in Kosciusko are Wednesday 8 a.m. until 5:00 p.m. 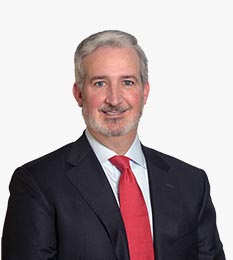 J. Gray Bennett
A native Jacksonian and graduate of Jackson Academy with honors prior to completing his undergraduate degree at Mississippi State University, James Gray Bennett, M.D. earned his medical degree at the University of Mississippi School of Medicine.
Dr. Bennett then completed his residency in internal medicine and his fellowship in cardiology at the University of Mississippi Medical Center, prior to earning additional credentials for interventional cardiology.
Under the guidance of Dr. David Faxon, a pioneer in the angioplasty arena during its development in the 1970’s and former President of the American Heart Association, he completed his fellowship in interventional cardiology at the University of Chicago. During this time, he was also fortunate enough to gain experience in the diagnosis and treatment of peripheral vascular disease (PAD). This allowed Dr. Bennett to become board certified in interventional cardiology with additional credentials as a diplomate of endovascular medicine by the American Board of Vascular Medicine.
He is a fellow of the American College of Cardiology and the Society of Cardiovascular Angiography and Interventions.
Dr. Bennett has been an active primary investigator in nationwide clinical trials for interventional procedures, including multiple PAD trials, since joining the Jackson Heart Clinic and has been appointed the Director of the Peripheral Vascular Lab at the Mississippi Heart Institute. He currently serves as the chairman of the Cardiovascular Services section at St. Dominic’s Memorial Hospital.
Dr. Bennett and his family reside in Brandon, MS. He enjoys all things Mississippi to include sports, outdoor events, and home cooking. 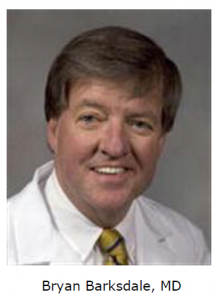 Bryan Barksdale
Dr. Bryan Barksdale is a cardiologist at the University of Mississippi Medical Center. Over the past 20 years, Dr. Barksdale has provided knowledgeable and compassionate care to the Kosciusko Community through his Outreach Cardiology Clinics. He understands the hardships of traveling to Jackson for many patients and knows how imperative it is to have good quality care available. He is very proud of the strong relationships he has formed over the many years not only with the outstanding physicians at the Kosciusko Medical clinic, but with the wonderful and kind-hearted patients as well. He feels that his bi-weekly face to face interaction with patients, the physicians and staff is crucial in providing excellent patient care, establishing trust and ultimately better patient outcomes overall for Kosciusko and the surrounding areas.